Released in early 2018, the TomTom Rider 550 is the most recent upgrade to the TomTom rider range of motorcycle GPS. It incorporates several new features designed to make it smarter, faster and better connected.

It was launched around the same time as the Garmin zūmo 396LMT-S and they are closely matched in terms of form factor, features, as well as price. Like the zūmo 396LMT-S, the TomTom Rider 550 comes with lifetime map, speed camera, and traffic updates.

In terms of computing power, the TomTom Rider 550 boasts a brand new quad-core processor, delivering better performance and an overall smoother navigation experience. In fact, TomTom claims the Rider 550 is up to 5 times faster than the last TomTom Rider model to be released to the North American market – the TomTom Rider 400.

Like its predecessors, the 550 has a rugged, weather and shock proof exterior built to handle whatever weather and road conditions you might encounter. The materials used in its construction are even designed to withstand the degrading effects of UV radiation and fuel vapor.

The 4.3″ glove-friendly display is viewable in either landscape or profile mode and is designed to be readable in all light conditions. The sensitivity of the display can be toggled between settings suitable for either light or heavy gloves and remains accurate even when wet.

Installing the unit is not difficult and can be completed with just a few simple tools. All the necessary mounting hardware is provided, including a motorcycle mount, RAM mounting kit and power cable.

Rounding out an overview of the device’s basic specs, we have battery life of up to 6 hours, a generous 16GB of internal memory – expandable via a micro SD card slot – and a micro USB port (USB cable included).

We now turn to a more detailed description of some of the above, starting with WiFi.

With the widespread availability of WiFi and the obvious advantages in terms of convenience, this upgrade is a no-brainer. When connected to a WiFi network, you will be alerted to any new updates which can then be downloaded and installed with the tap of a button. You also have the option of syncing routes over WiFi.

This feature gives riders the opportunity to discover some of the world’s best rides. Road Trips is a database of routes uploaded and rated by members of the Road Trips community which is part of TomTom’s My Drive route planning software. Find new and exciting routes to explore, sync them to your device, or create your own routes and share them with friends and others riders within the community.

Voice assistant technology has changed the way we interact with our devices, making them an even more integral part of our lives through the greater freedom and sense of immediacy they provide. TomTom has unlocked the power of this technology with the introduction of the Rider 550 which is compatible with Siri and Google Now. When combined with a headset and microphone, you can access music, messages and make phone calls, all without having to take your eyes off the road.

As is often the case with products produced by rival companies in close competition with each other for the same target market, the TomTom Rider 550 and Garmin zūmo 396LMT-S share many of the same features. Furthermore, as is likewise often the case in such situations, each has it’s own following of loyal customers convinced of the superiority of their chosen brand. Of course, such things are subjective to a certain extent and it often comes down to a matter of personal preference. Moreover, the devices are closely matched in terms of price, meaning that alone is unlikely to be a deciding factor when choosing between them.

That said, there are certain areas where one or other of the devices has a clear advantage. Battery life is one such area with the Rider 550 having a battery life of 6 hours compared to 4 hours for the zūmo 396LMT-S. The Rider 550 also has a higher quality display and is more easily readable in direct sunlight.

With a cleverly designed user-interface, including a helpful sidebar with speed cameras, parking and fuel information, the Rider 550 excels in this department whereas the zūmo 396LMT-S is somewhat dated. The latter aspect of the zūmo 396LMT-S is a criticism which extends to the overall design of the unit and contrasts with the sleeker, more modern appearance of the Rider 550. 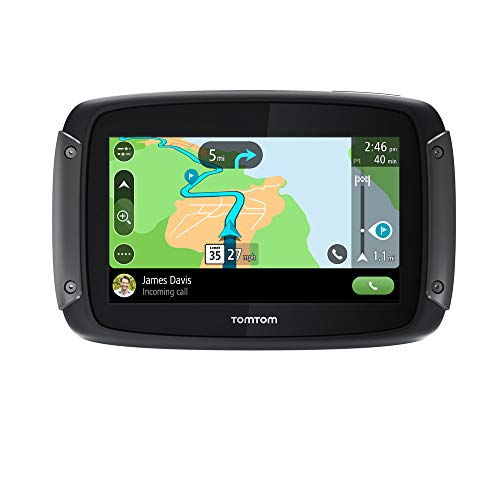 With the TomTom Rider 550, TomTom have taken motorcycle navigation to the next level and in doing so have once again staked their claim to being a market leader. The Rider 550 Rider offers excellent all-round performance and an impressive range of features at a very competitive price. A powerful new quad-core processor delivers a smoother and more responsive navigation experience while features such as WiFi, smartphone notifications, and compatibility with Google Now and Siri make for a smarter and better integrated unit. 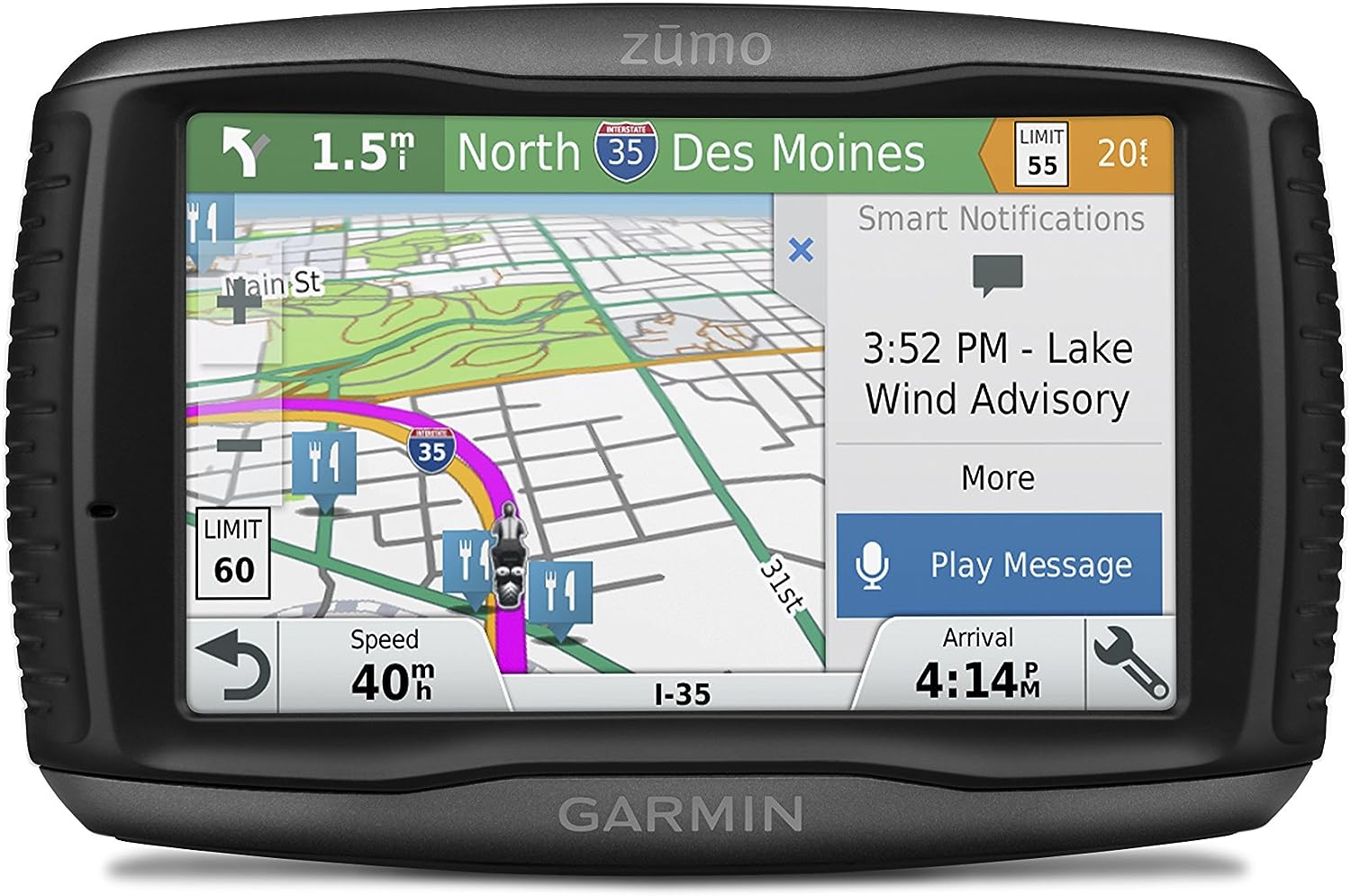 The Garmin zūmo 595LM offers riders what is arguably the ultimate in motorcycle GPS technology. Although there is considerable overlap…