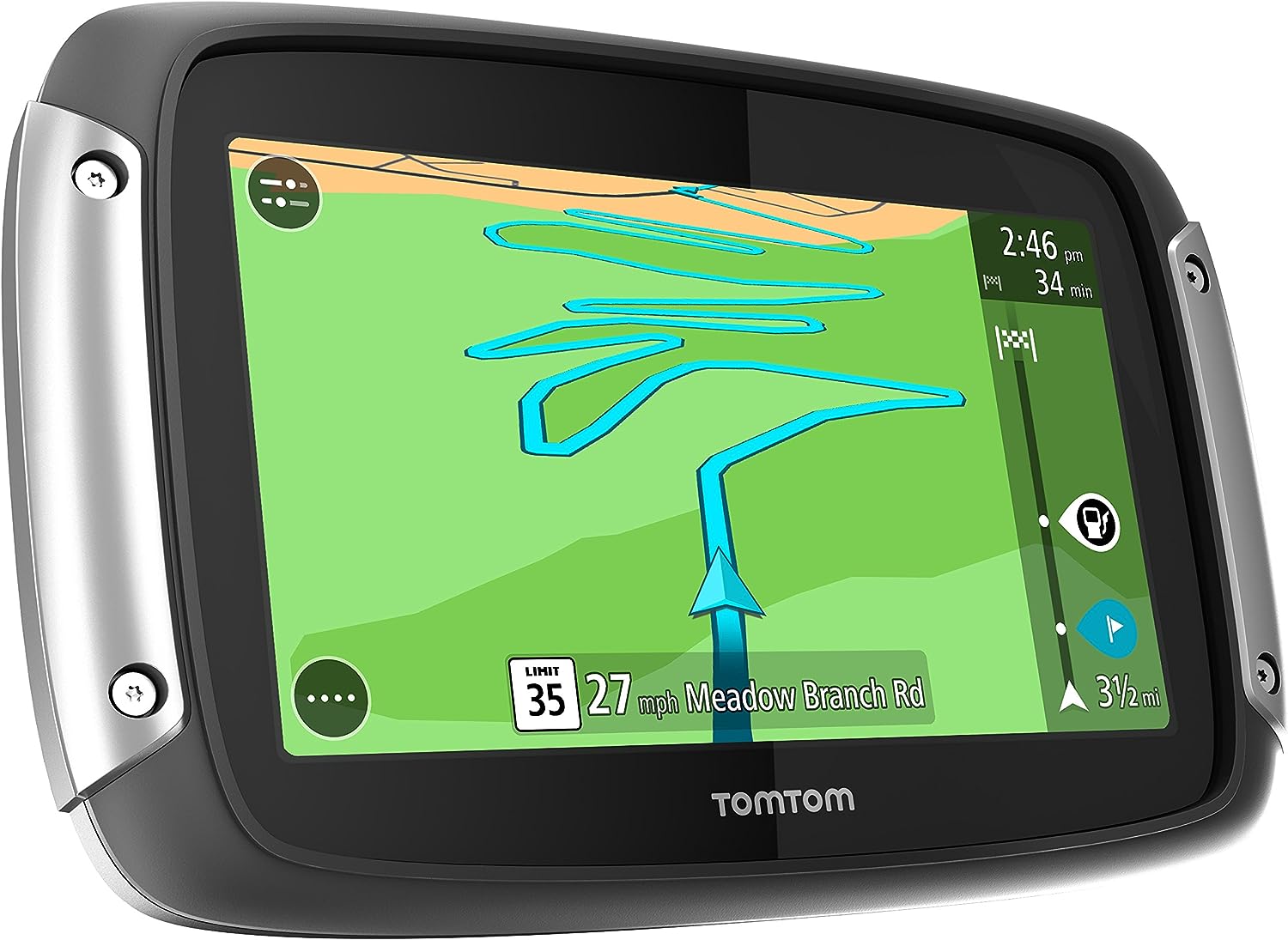 This long awaited upgrade to the TomTom Rider has a more stylish and compact design. It also incorporates a number of new features to make your ride more interesting and enjoyable, such as the “hilly roads” and “plan a thrill” options. The user interface is easy to navigate with some useful short cuts, and the capacitive touchscreen features a crisp display with smartphone-like zoom and swipe capabilities. Audio instructions and hands-free calling via Bluetooth are also available on this model.

With adventure touring having experienced a resurgence over the past few years, the need for a rugged and intuitive motorcycle GPS system has driven all the major manufacturers to invest in this section of the market. Dutch manufacturer TomTom has been producing the Rider since 2005, aimed at motorcyclists everywhere, and it has developed an immense following.

This past spring, TomTom released the Rider 400, an update to the well-received Rider 5, which was released in 2013. The Rider 400 features a few significant changes, including portrait and landscape screen orientations, a much more compact and stylish frame, and simpler mounts for your motorcycle.

With its incredibly intuitive user interface, the Rider 400 is aimed primarily at motorcyclists who enjoy day trips or those who go on long, straightforward cross-country tours. The Winding and Hilly Roads options allow riders new to an area to immediately zero in on the most enjoyable roads. Basically, the device does the work for you and cuts out any homework. While this feature isn’t perfect, it manages to find all but the most obscure roads.

Everything about the Rider 400 exudes simplicity. The compact, weatherproof frame fits snugly and easily into the RAM mounting kit, which fits virtually every motorcycle. Screen orientation can be easily adjusted with one hand, which is useful on the road to maintain proper visibility.

The simple graphics on the screen make it easy to plan a trip or change it on the fly, especially when using the Winding and Hilly Roads options in an area you haven’t explored yet. It’s just as simple to adjust the audio settings for the Bluetooth headset feed.

The Rider 400 comes equipped with TomTom’s real-time traffic updating system, letting you stay ahead of the curve and avoid troublesome traffic jams. The device’s ability to plug into your PC and display your trips, as well as plan new ones or use routes created by other Rider 400 owners, really adds to the appeal. And priced lower than its competitor, the Garmin Zumo 590lm, it makes an ideal GPS device for all but the most hardcore adventure riders.

What could be improved and final thoughts

If anything, the TomTom Rider 400 may be too simple, and adventure touring enthusiasts may outgrow its tendency to hold your hand during motorcycle rides. The MyDrive route planning system, while simple, doesn’t allow for the greatest amount of route customization, and can be a bit unwieldy at times. TomTom would be well-advised to take inspiration from Google Map’s simple route-planning tools.

While the Rider 400 looks great and really keeps the rain out, some of the on-screen buttons could do with a little enlarging – a feature surprisingly absent in this version. Gloved hands sometimes end up pressing the wrong button, although this shouldn’t be a deal breaker if you don’t like to fiddle with your GPS while riding.

Overall, the Rider 400 is a smart, well-built device that delivers a simple user experience. Day-trippers and cross-country riders will love it, while hardcore adventure riders will yearn for just a little more. 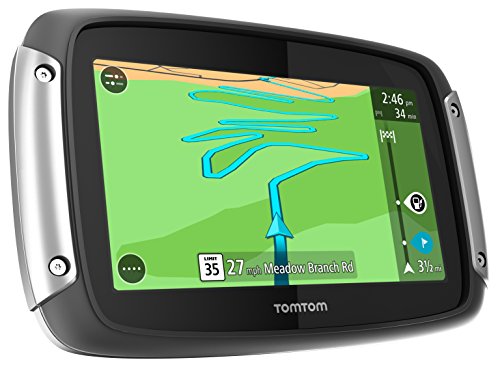 New From:
Out of Stock

Released in early 2018, the TomTom Rider 550 is the most recent upgrade to the TomTom rider range of motorcycle…